Memories of Jewish life lie just beneath the surface in Portugal. Amazingly, most of the people that I’ve met have told me that they have Jewish ancestry, ‘Jewish customs’ (cleaning their homes on Friday), or Jewish names (various fruit trees it seems). The huge influx of Spanish Jews in 1492 swelled the Portuguese Jewish population. However, the forced conversions, only five year later, meant that physical evidence of this new Jewish life did not have time to take root. Nevertheless, New Christians, as they were called, remained a distinct group, and as a result researchers can still identify historically ‘Jewish’ neighborhoods and remnants. Many of Porto’s New Christians were merchants, and as such, Porto was an ideal location for them to live, as it sits on the Douro river, just at it spills into the ocean.

I walked throughout the hilly, winding streets of gorgeous historic Porto, led by a knowledgeable and friendly guide, Monica. Atop the main hill sits a church, below which is believed to be the original Jewish street. The New Christian community, however, was established on the next hill over, which at that time was across a small river, on the edge of town, just before the olive trees. There, hangs a memorial to the Jews persecuted by the inquisition. 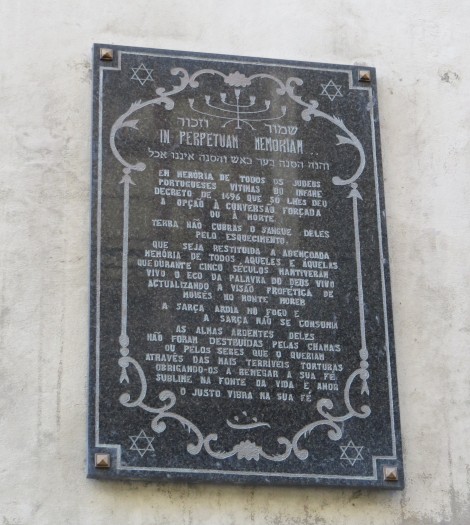 Hidden inside one of the buildings, a hehal (ark) was recently discovered. A Jewish heritage center is soon to be constructed in the area. (A block away is the fantastically designed book shop that is said to have inspired J.K. Rowling’s Harry Potter).

Then, we peered down at the later New Christian neighborhood, built along the Douro river, on the far reaches of town. The rest of the day included some of the typical sites of Porto centered around the Douro River, including a river boat ride, and a tour of a port cellar (on the southern bank), which of course, is a fixture of Porto. 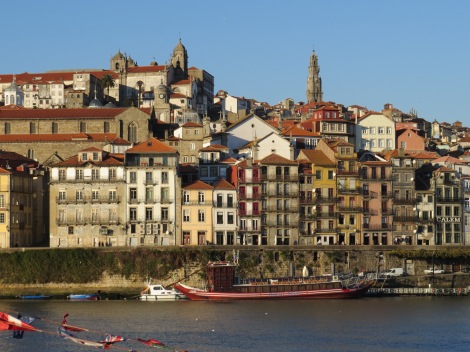 As Porto is the northern port of Portugal (Lisbon is the southern), Porto was typically the place for trade with northern Europe. While the river was first used as a means of livelihood for New Christians, when some left Portugal during the 16th to 18th centuries, they likely used this same port again, though this time to escape, en route to Amsterdam and London (and eventually to New York!).