Amsterdam means something quite different to me than it does to most other visitors, I suppose. When I think of Amsterdam, I immediately think of Portuguese Jewry, and how in the 1600s Conversos fled Portugal and returned to Judaism in this incredibly charming city, ringed with canals. In Amsterdam they were free to live according to their ancestral faith. Over the 17th century many Ashkenazim also moved to Amsterdam, escaping persecution in Eastern Europe.

I’ve previously written about how the Netherlands’ ascending maritime prowess made Amsterdam an attractive destination for these Portuguese ‘men of commerce,’ which helped facilitate their return to open Judaism (more on the Portuguese Esnoga and community in another post). I visited the Amsterdam museum, which traces the city’s development into its Golden Age. The fleet of the Dutch East India company stretched around the world, bringing great wealth to this newly Protestant nation. 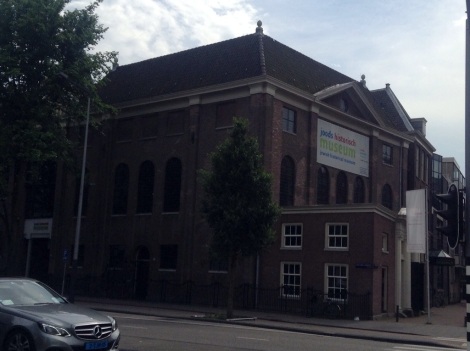 The Jewish (Joods) Museum is housed in the former Ashkenazi synagogue, and does a good job showing the development of Amsterdam’s Jewish community, including summaries of some of its most notable figures, like Menashe ben Israel and Spinoza. 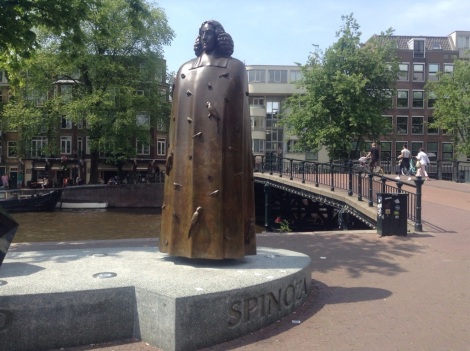 Rembrandt lived in the Jewish quarter and often depicted Jews in his paintings, such as in his ‘The Jewish Bride,’ on display at the impressive Rijksmuseum.

Sadly, the once proud Jewish community of Amsterdam was decimated in the Holocaust when 75% were deported.

It’s most well known victim is Anne Frank, and you can visit the rooms where her family hid for two years before they were discovered. At times, the line to get in can be over two hours long, so it is best to book in advance or arrive before opening as I did. 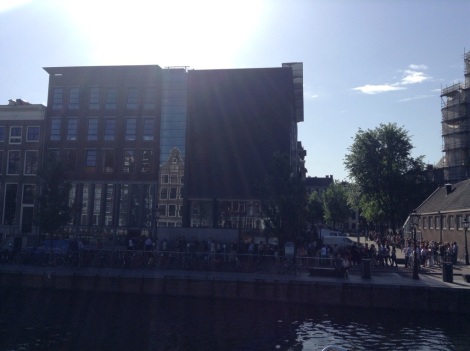 The Jewish community, though modest in size, is alive once again. Today, it is still in the old Jewish neighborhood, as well as around Amstelveen, in a newer part of town (where you can also find kosher restaurants!). It is quite emotional to see the extreme highs and lows of this legendary Jewish community.