People process loss in different ways. We’ve previously explored the different ways that Aharon and Judah Leon Abrabanel mourned the losses of their sons. Aharon was silent, while Abrabanel wrote a moving poem.  The Torah, however, didn’t leave it at that. Despite Aharon’s initial reaction to his loss, the Torah also stressed what occurred afterwards.

The Torah begins this week’s Parashah with the words ‘After the death of Aharon’s two sons,’ specifically linking their deaths with Aharon’s service in the Holy of Holies on Kippur, the highlight of his High Priesthood. Similarly, following Abrabanel’s poem about his son, he began to write his magnum opus ‘Dialoghi d’amore’ (Dialogues of Love). It is considered one of the most important philosophical works of the Renaissance. Their accomplishments do not seem to be an accident. Both Aharon and Abrabanel ultimately translated their losses into increased creativity, and into their greatest achievements.

The reading of Ahare Mot typically occurs around the time of Yom Hashoah, Holocaust Memorial Day, and Yom Ha’atzmaut, Israel Independence Day. The establishment of the State of Israel just three years after the Holocaust was surely not a coincidence. The world’s support at the UN for Israel’s establishment was historically just, but it was likely also a result of their feelings of guilt. More importantly though, Israel’s ability to defend itself from the ensuing attack was fuelled by the Jewish people’s renewed awareness for the necessity of the Jewish State. Indeed, many Holocaust survivors fought alongside native Israelis in defending the new State from annihilation. They fought with nothing to lose, and everything to gain. 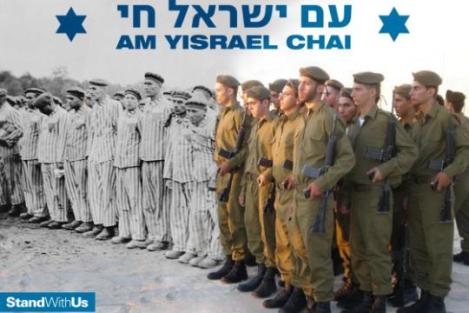 Surely, we don’t seek out suffering and heartache. Still, they are assuredly a part of every person’s life. While we wish we didn’t have to experience loss, it can also act as a catalyst. Loss prompts us to appreciate life more deeply. Furthermore, the deep feelings we experience in loss often translate into enhanced emotional awareness and sensitivity, and ultimately into increased creativity and passion. May G-d always bless us to capitalise on life’s challenges, and to use them to inspire us to live our lives with ever greater vitality and purpose.