One of the most noticeable features at many of the Spanish and Portuguese synagogues are the canonical robes worn by the rabbis and hazanim (often called ministers). They are striking because they are so similar in style to gowns traditionally worn by many Protestant ministers. Wearing them therefore seems to transgress the Biblical prohibition of ‘thou shall not follow in their ways (Leviticus 18:3).’ Rambam codifies this law to include the imitation of Gentile dress (Abodat Kohabim 11:1). How then are Jewish religious officiants permitted to wear such garments? Indeed not only were they worn by the Western Sephardim, but also by some Jews in North Africa, as well as by some Ashkenazi rabbis in Western Europe such as Samson Raphael Hirsch. I too wear them on Shabbatot. 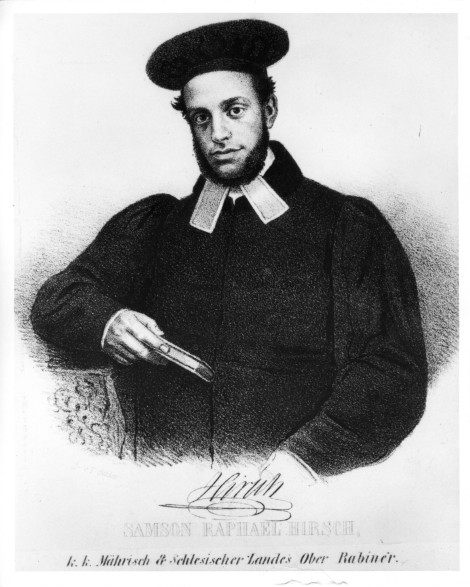 The Talmud identifies an exception to the prohibition, which at first glance seems to answer our problem. The Talmud states that if one needs to dress ‘as the Gentiles’ for professional reasons such as in order to be recognized as an expert, then wearing ‘Gentile dress’ is permitted. While this would seem to apply to our question, it does not. According to the Maharik (Yosef Colon Trabotto, 15th Century Italy: Response #88), the Biblical prohibition of ‘not following in their ways’ is not a sweeping clause, but rather only applies to a particular scenario. Namely, to the Gentile ‘traditions’ that seem to lack any rationale or function. One might include a Christmas tree or ‘trick or treating’ in such a category. Maharik argued that when the rationale for such ‘traditions’ are not clear one must be concerned that the true origin lies in some idolatrous/foreign practice. Accordingly, anything which is not a ‘tradition,’ but is rather just a style of dress, or a form of entertainment, would not be included amongst those things which are prohibited in the first place. By that same token, any practice which is known to originate in foreign worship is prohibited anyways (even without the prohibition ‘to not follow in their ways’). Accordingly, the Talmudic dispensation for professional attire would seemingly not apply to our canonicals as their origin in foreign worship is not in question.

One could, however, argue that the canonicals in fact do not originate in Christian worship. Protestants began to wear the simple black robes in the 16th century in protest to the perceived gaudiness of the  Catholic Priesthood. The plain robes were typically worn in the academy and were therefore considered common and simple. Still, universities at that time were religious institutions specialising in theology. The black robes then are religious in origin. Judges until this day wear similar robes, as a continuation of the practice from earlier times when judges, who ruled on religious law, wore such robes.
How then can Jewish religious leaders wear such garments? Perhaps the answer lies in another Talmudic teaching. It was the practice amongst Jews of ancient time to give honor to a deceased king by setting his bodily remains upon a pyre. The Talmud questioned whether this practice transgressed ‘their ways,’ as it was common amongst Gentile nations. In response the Talmud argued that since the burning of the King’s remains is grounded in a Biblical verse, it is considered a Jewish practice, even if is also found amongst Gentile nations (Sanhedrin 52b). In other words, just because Gentiles do something, doesn’t mean it can’t also be an authentically Jewish practice. Indeed, since Biblical times, the kohanim, the Jewish priests wore special vestments, to give honour to their holy task. Whilst today’s Jewish religious figures need not be from the class of the kohanim, they serve a role akin to them, as our modern day synagogues are considered ‘miniature temples.’ 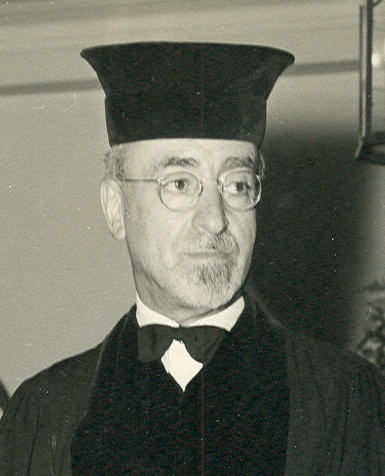 Dr David de Sola Pool (1885 – 1970) of New York’s Shearith Israel seemed to understand this nuanced position well. He argued to the Mahamad of Shearith Israel that he should not be required to wear distinctive clerical dress when not leading religious services. He insisted that to wear such dress when involved in mundane activities (as was the practice of Christian clergy), was in fact a breach of Biblical law, while to wear them while conducting divine services, was not. He wrote “the wearing of clerical garb on non-religious occasions, with its segregation of the Rabbi in a priestlike caste apart from the general community, is distinctly and definitely a Christian custom, contrary to the letter of Jewish law and spirit of Jewish life…my Jewish loyalty [w]ould be weakened by conforming to traditions contrary to my orthodox Jewish scruples and conscientious convictions.” 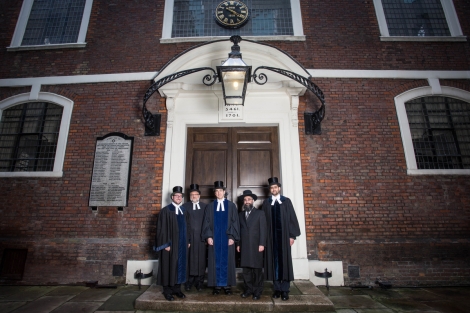 In conclusion, while the particular stye of robe in question may reflect the adoption of a foreign style, the notion of such a dress is not foreign to Judaism at all. Therefore canonicals are not proscribed. Indeed, the retention of some type of formal dress helps to maintain these Jewish practices for when the time comes (may it come soon) that our Kohanim will serve in their Priestly robes in the Temple in Jerusalem once again.
For Further Study
Edinger, Zachary. ‘Ministerial Dress and the Waist-Coat Controversy of 1923,’ The Bulletin, Shearith Israel , Spring 2015, pp 16-18.
Advertisement

One response to “Kedoshim – and Canonicals”