Narratives are important. The same series of events can take on a completely different meaning depending on how they are told. A prime example of this is the story of Yosef and his brothers. We typically think of it as a story about hatred and division, but it can also be a story about remorse and reconciliation. Do we focus on their falling out, or on their road to recovery?

The question of narrative is at the heart of the historic relationship between S&P congregations and Ashkenazim. This quandary is comically illustrated in Israel Zangwill’s ‘The King of Schnorrers.’ (Thank you David Mendoza for introducing it to me). Zangwill, an Ashkenazi Jew who grew up around the corner from London’s Bevis Marks Synagogue, published the story in 1894. It is a humorous tale set in the 18th century. It is a story about a Sephardi beggar and a wealthy Ashkenazi merchant. Despite their economic differences, the beggar, on account of his Iberian lineage, considers himself superior to his benefactor. It is an entertaining tale, but it also reflects an historical reality. Ashkenazim were once upon a time made to feel unwelcome in the Sephardic synagogues of London and Amsterdam. At best, Ashkenazim were permitted to sit on the benches that were off to the side, though they were not permitted to become yehidim (members). This earlier policy was surely discriminatory, and perhaps even racist, however, that belies the full story. 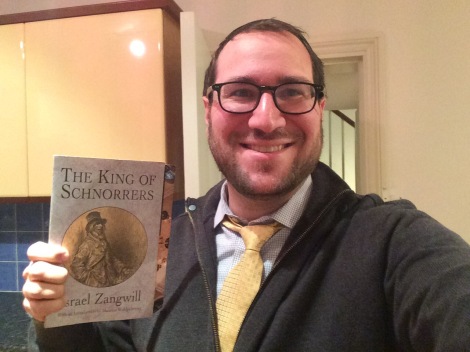 For example, in 1729 New York’s S&P Shearith Israel sought funds to construct its first synagogue building. Curacao’s S&P community offered assistance, but only if Shearith Israel barred its Ashkenazi members from assuming positions of leadership. New York’s Sephardim rejected the proposition. At that time around a half of Shearith Israel’s members were Ashkenazim. Indeed, even in London Ashkenazim once attended Sha’ar Hashamayim. Prior to 1690 all of London’s worshipping Jews prayed at the city’s Sephardic synagogue on Creechurch Lane. It was only after a significant number of Ashkenazim immigrated to London that they finally decided to form their own congregation. It eventually became known as London’s Great Synagogue on Duke’s Place.

What then are we to make of the historic Ashkenazi-Sephardi divide? In pre-modern times Jewish communities functioned as corporate entities, and their members were their charges. This meant that the wardens (mahamad) of these kehilot were responsible for their community’s indigent. Furthermore, during the early modern period most people were poor. This placed a large burden upon the more well to do to alleviate their plight. In medieval times, there was often just one congregation per town, and so the single synagogue become synonymous with the Jewish community. In early modern times though, different Jewish ethnic groups came to share the same locales, complicating the issue of communal responsibility. As a result, communities were protective of their membership rolls. Only later, when congregations proliferated, did indigent care became a cross communal concern. Eventually, the situation was further alleviated with the introduction of  government public welfare programs. However, prior to those developments, the question of how Ashkenazim and Sephardim should “share” their town’s needy became a concern in Jewish communities throughout the world. Ashkenazim weren’t unwelcome at the S&P just because they were Ashkenazim. Rather, they were barred so that it would not become the S&P’s responsibility to care for all of the area’s needy Ashkenazim. Sephardim felt that such a burden would be inequitable, unfair, and unsustainable. This concern became especially acute as the Ashkenazi population came to outstrip the Sephardi numbers.

Today, in most congregations, Sephardim and Ashkenazim continue to pray according to their ancestral traditions. Ironically, this is not the case within the remaining S&P (Western Sephardic) congregations. They are still populated by Western Sephardim, but also by Eastern Sephardim and Ashkenazim alike who pray according to the S&P rite. Newcomers are attracted to the surviving S&P congregations by the histories, traditions, melodies, and/or ethos of these Western Sephardic communities. They take great pride in their adopted congregations, and often become some of the greatest supporters and defenders of the S&P and its minhag. Interestingly, Bevis Marks’ most famous member, the philanthropist Moses Montefiore, encouraged this. He and his Ashkenazi wife Judith generously gave larger dowries to such ‘intermarried’ couples. 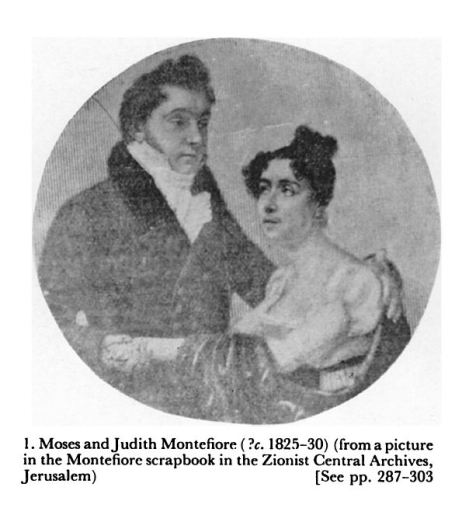 To an extent, the S&P has become a pan-Jewish phenomenon, a place where Jews from all backgrounds come together, and pray together.  I therefore believe that S&P congregations, typically the oldest in their communities, also have an important function to play for the wider Jewish world. They are synagogues that serve as places of solidarity between Jews of different backgrounds. Such sites are increasingly rare, and are therefore perhaps more important now than they’ve ever been before.

The story of Yosef and his brothers began as one of division, but it ultimately became one of reconciliation. The same is true of the story of S&P synagogues and Ashkenazim. While they were once at odds, they’ve ultimately come together. This diversity, far from taking away from the unique character of the S&P, has become a source of strength and pride for our kehillot. Indeed, may the S&P continue to grow, and may it continue to bring ever more Jews from different backgrounds together!

Dr Nadia Valman and Jewish Museum London have produced a walking tour of Israel Zangwill’s East End. It can be downloaded at the app store or seen online here.

2 responses to “Vayhi – The S&P and Ashkenazim”