On Wednesday, November 27, 2013, I return to Portugal. Well, return might not be the right right word, as I’ve never been there before, and as far as I know, my ancestors didn’t come from there either. So, I say return in the collective sense, as a rabbi at the Portuguese (& Spanish) synagogue of NY. Congregation Shearith Israel was founded in 1654 by Jews fleeing the Portuguese (in Brazil). By then, they were Dutch ‘citizens,’ though they were originally from Portugal proper.

This trip comes as a result of an event I helped run with the Portuguese Ministry of Tourism last June. The event consisted of two lectures on the subject of Portuguese Jewish history, which I helped to moderate.  You can view it here, with some comments of mine at the end of it.

When Spain expelled its Jews in 1492, some fled by sea to Morocco or Italy, others remained and converted, while the rest went by land to Portugal, where there already was a comparatively small Jewish community from centuries earlier. It was a place of refuge for these Jews until 1496, when king Emanuel expelled them once again. However, this  time around, the Jews weren’t really allowed to leave, but were instead converted en masse, and forced to stay put as Catholics. Though, with no Portuguese inquisition in place for 40 years, there likely developed a strong crypto Jewish lifestyle. At the very least, as a result of the eventual ruthless Portuguese inquisition, these New Christians were never allowed to forget their original Jewish identity. Therefore, when, at the end of the 16th century, the Dutch won their freedom from Spain (they wished to be Protestant), a period of exodus began.  New Christians left the Iberian peninsula in fits and spurts, over a period of 150 years, and returned to their heritage in Holland. From there they rejudaized and spread throughout the Atlantic, building new Jewish communities wherever they went.

At the end of the evening event, I commented to the tourism representative, Nuno Alves, that a more effective way to increase Jewish tourism to Portugal would be through eye witness reports from members of the Jewish community. For organized Jewish groups to want to visit Portugal, they need to be sure that there actually still are places of Jewish interest to be seen. So the idea was for the Tourism Ministry to take me on a tour of Jewish sites of interest, which I could then report back on to my community.

Truth be told, I’m not the first Jew to return to Portugal (surprise), and I don’t even refer to recent years. You see, even after Jews left Portugal, some still returned in the 1600s and 1700s, which of course meant readopting Catholicism. So strong was the pull of Portugal! Indeed, even those that did not return to Portugal, continued to speak and write in Portuguese and to celebrate their unique Portuguese Jewish identity, as ‘Men of the Portuguese Nation.’  I therefore find myself full of wonder and curiosity as I set out to discover what made Portugal so alluring, that its Jews found it so difficult to let go of it! 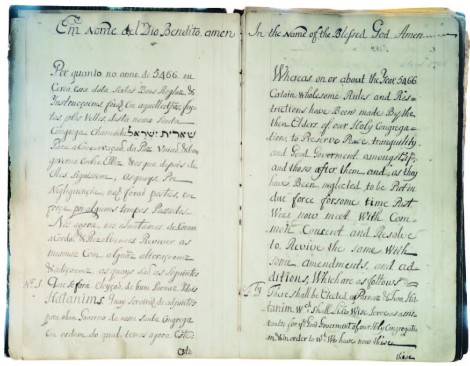 Escapade Vacations (Neomie Menahem and Elisa Pardo), together with the Ministry of Tourism (Enca Mello), has organized a most special tour/mission together with TAP Airlines and Artis Travel. I will visit Porto, Coimbra, Tomar, Belmonte (for Shabbat!), Trancosa, and Lisbon. I will visit Portugal’s current Jewish communities, its Jewish historic sites, Converso descendants, as well as sites of general interest. As the trip coincides with Hanukkah, I plan to participate in local Hanukkah events, as I meander my way through the country.

When the Portuguese finally did away with their inquisition, in 1821, they did so with the realization that it had done nothing but rot their society, by sowing fear, and limiting the kind of freedom of conscience necessary to build a creative and thriving culture and society. Today, in Portugal, the inquisition is part of a dark, mostly forgotten past. Therefore, I think it is time to find out what made Portugal so special in the first place, and how Portugal is discovering that vibrancy once again. Please join me on my trip, as I post daily about it.

3 responses to “Returning to Portugal”