The position of Educational Director at Shearith Israel (Manhattan, New York) includes a variety of responsibilities.  The aspect that I was most intrigued about when interviewing was that of Hebrew School principal. Prior to coming to Shearith Israel, I was the Assistant Rabbi at Lincoln Square Synagogue. While I wasn’t directly involved in their Hebrew School, I worked closely with its director, the legendary Cantor Sherwood Goffin, to help promote it and strengthen its family programming. So, the opportunity to finally run my own Hebrew School was quite appealing to me.

Since I took over in 2009, the school has more than tripled in size to more than 50 students (updated Dec 2014). The school, Polonies Talmud Torah School (PTTS), was founded in 1802 with a $900 grant from Meir Polonies. At that time there were no public schools, so PTTS basically functioned as a Yeshiva Day School, providing both Judaic and general education. Now, however, it is a supplementary Hebrew School, meeting twice a week (Sunday morning and Thursday afternoon).  It is the longest running Hebrew School in America.

The student body is an interesting mix. Some are Shearith Israel families (other Shearith Israel families utilize the many Yeshiva Day Schools in the neighborhood). Others come from Orthodox homes, but for one reason or another (financial, educational needs, ideological) don’t attend Jewish Day School. Some attend Reform or Conservative congregations, but prefer our school.  The rest come from unaffiliated Jewish homes that still desire a Jewish education for their children. They likely choose PTTS because of its reputation for quality and authentic Jewish education.   Or, more cynically, because it doesn’t require synagogue membership as do most Reform and Conservative schools. However, as most Hebrew Schools only meet once a week, the choice of this two day a week school ultimately indicates a level of parental commitment to Jewish education that supersedes convenience.

In an effort to increase the quality of the program I rewrote the school curriculum and added experiential elements like weekly tefillah, school trips, and Shabbat dinners. I’ve written up my philosophy to Hebrew School education in greater details elsewhere (here and here). The goal of the school is to raise Jewish children in general, but we typically utilize the melodies of the Spanish & Portuguese tradition, providing a unique opportunity for our students to become familiar with a particularly beautiful liturgical tradition. Our prayer service occurs in the historic little synagogue with its original benches and other religious items from our 1730 Mill St. Synagogue. How awesome is that! 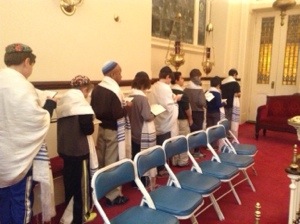 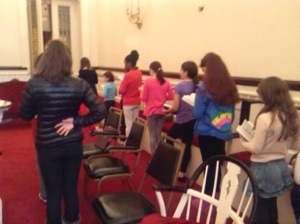 When the congregation built its first synagogue building in 1730 they also included a Bet Hamidrash for study, even before PTTS was founded. It has been an honor to continue that tradition. I don’t have official records but from what I’m told, the school may now be the largest it has been in its entire 200 year old history! The longer I am principal, the more I learn and refine our program, so that our school not only grows in size, but in quality and impact too. Being principal of a Hebrew School is an honor and an awesome responsibility that I take to heart.