The mitzvah of Sefirat Haomer, is the counting of days and weeks from Pesah to Shavuot.  More precisely though, the count is not from Pesah but from the Omer offering, which is offered on the second day of Passover.  The Omer offering is just a measure of plain flour.  Fifty days later, however, on Shavuot, the shetei halehem, the two loaves of bread, are offered. 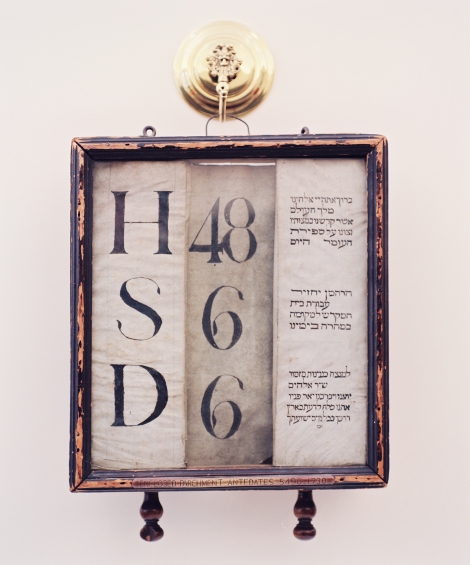 Of all of the Hagim, only Shavuot does not have an intrinsic calendar date.  It simply occurs at the conclusion of the count (though which is always the sixth of Sivan).  Furthermore, in the Talmud, Shavuot is called Atzeret, the conclusion.  Similar to Shemini Atzeret, which is the holiday appended to the end of Succot, Shavuot is appended to the holiday of Pesah, through a fifty day count.  In other words, Shavuot is actually part of Passover.

This actually helps explain a curiosity of Passover. On Pesah we celebrate our freedom.  However, at the same time one of the central mitvot of Pesah is the eating of matzah about which the haggadah says ‘ha lahma anya,’ ‘this is the poor man’s bread.’  Would it not be more appropriate to eat actual bread, ‘free man’s bread’ on Pesah through which to demonstrate our freedom?

According to Jewish tradition, Shabu’ot commemorates the giving of the Torah at Sinai.  Indeed, that event was always the objective of the Exodus.  Over and over again Moshe said to Pharoah ‘Shelah et ami v’ya’avduni,’ ‘Let my people go that they shall serve Me (God).’  The point of the Exodus was not to simply be free of the Egyptians, but to be free to serve our true Master in heaven; to carry on a higher purpose.’ Therefore, it is only on Shabu’ot that we are truly ‘free.’  It is only then that we can eat the free man’s bread, the shetei halehem.

I am consistently reminded of this ongoing Jewish emphasis on renewal and growth whenever I see the Omer counters hanging in Shearith Israel.  They are from the congregation’s original synagogue building on Mill St, New York, constructed in 1730.  Particularly unique though, is that they contain the first letter for the Portuguese words for Omer, Weeks and Days (Homer, Semana, Dia).  I am humbled when I think of the these early American Jews and their ancestors, who transformed their lives and returned to Judaism in the 17th and 18th centuries following their forced conversion to Christianity in 1497. They did not simply escape the Inquisition and become ‘free,’ but used their freedom to return to their heritage, just as the Jews of Egypt did long ago.

One response to “Sefirat Ha’omer and Transformations”