I now know that the most impressive early American Jewish cemetery is in Charleston, South Carolina. I was struck by its size, and by the variety of its tombstones. 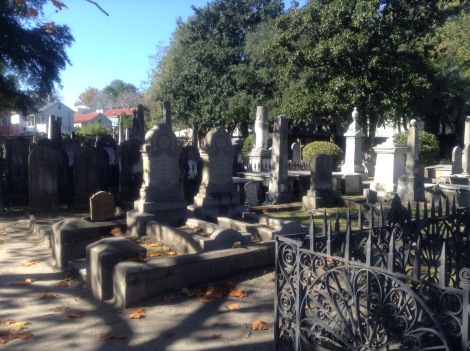 The cemetery dates back to 1754 when the land was purchased by Isaac Da Costa. The oldest identifiable tombstone is that of Moses Cohen, a ‘Learned Jew’ who served as the religious leader of the congregation. I recited a hashcaba (Spanish & Portuguese memorial prayer) at his grave on his behalf and on behalf of everyone else interred at the sacred site. 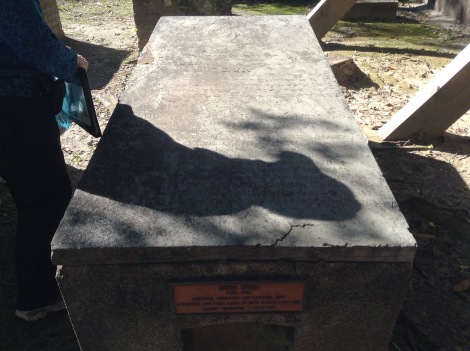 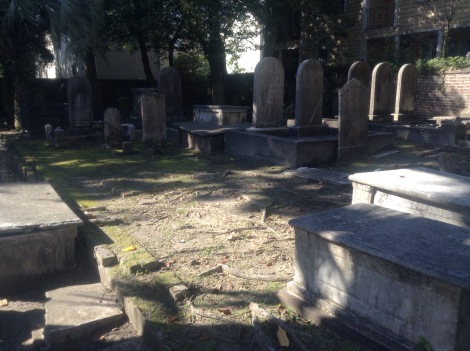 There are many veterans buried throughout, including those who fought for the American Revolution as well as for the Confederacy. Their stones are marked and are honored each year before Memorial Day. Indeed, the first Jewish casualty of the Revolution was Francis Salvador of Charleston who was also the first Jew elected to public office. Though not buried in the cemetery, a plaque honors him in one of the town squares. 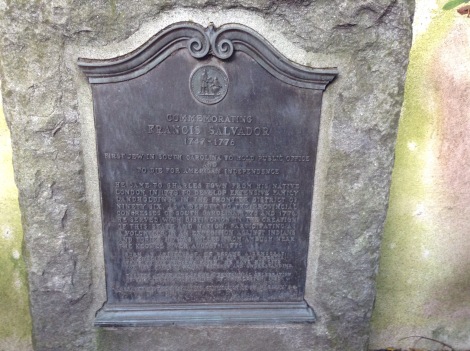 Several of the tombstones were memorable to me. They gave a sense of how all of the early congregations were intertwined and were therefore in many respects one large family. First, Zipporah Noah, mother of the famed Mordecai Manuel Noah whose picture hangs in the Shearith Israel entranceway. Also, Abraham Seixas, brother of Shearith Israel patriot minister, Gershom Mendes Seixas. 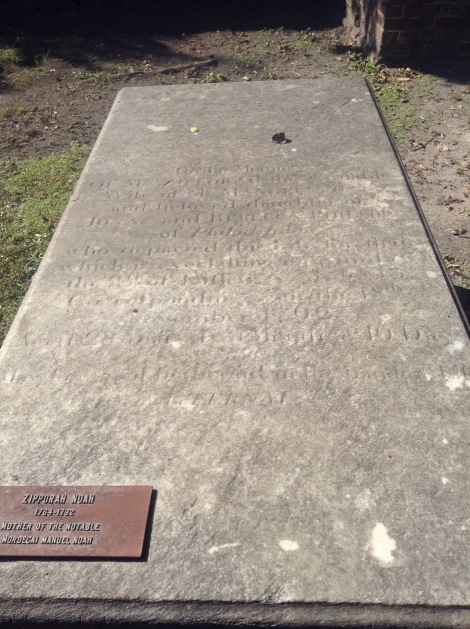 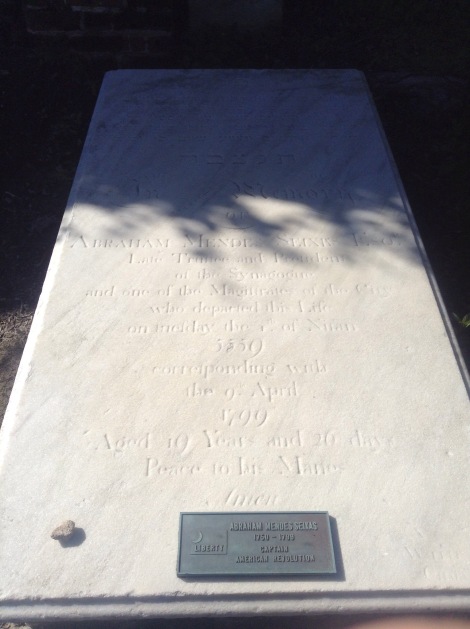 It was a great pleasure to visit Beth Elohim’s historic cemetery. I thank Beth Elohim president Anita Moise Rosenberg for taking the time to share it with me.