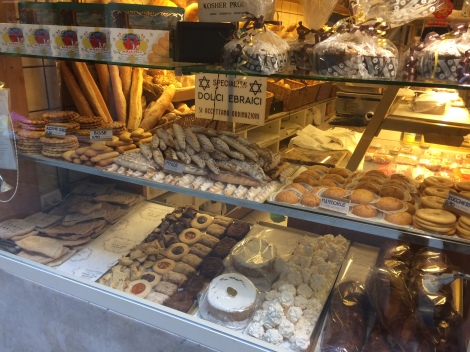 Since visiting Venice for the first time last year I’ve been dreaming of going back. For me Venice is more about being there than about anything in particular that you do there. The longer you are there the more you get to know her alleys, canals, building details, and the charms of this historic island city. I was therefore thrilled to be invited by one of my Judaic studies heroes Dr Marc Michael Epstein and Vassar College to join a group of students. They were touring as part of a course they did this year on the Venetian Ghetto. This trip was therefore more about going behind the scenes than just a general introduction to the city.

I was there to speak about the history and ethos of the Western Sephardim (Diaspora Portuguese Jewry). Venice was the first major ‘Western Sephardic’ Jewish community, dating back to the 1500s. Its important port attracted Portuguese New Christian merchants seeking economic opportunity and a return to open Jewish life. Venice’s community structure then became the model for the later Western Sephardic communities of Western Europe and the Americas. You can read more about that in my original Venice post.

One of the benefits of traveling with a university are all of the interesting tours that they schedule. This included a Shakespeare tour of Venice! It was led by Dr Shaul Bassi of Ca’Foscari University of Venice. Two of Shakespeare’s plays are set in Venice, ‘The Merchant of Venice’ and ‘Othello.’ Both plays’ leading characters are relative outcasts, a Jew and a Moor. Since England’s sixteenth century Shakespeare never set foot in Venice, his portrayals are a matter of imagination. Still, they reflect the ‘cosmopolitan’ or diverse character of Early Modern Venice where outsiders remained outsiders but were also more integrated into society than they were anywhere else in Europe at the time.

Venice was a republic, governed by a senate in the Doge’s Palace. As it was a relatively representative form of government it was typically more interested in fostering economic development than in excluding contributing minorities. This ‘modern’ system of government and its successes set the tone for other developing European states. 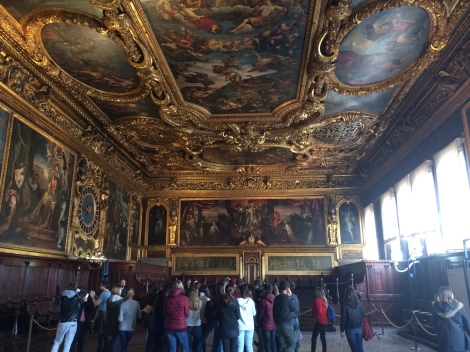 Despite the opening of the Ghetto during Napoleonic times, Venetian Jewry never abandoned it. They continued to maintain their historic synagogues, but equally important, they also retained other community buildings. This infrastructure has enabled the community to persist and to adjust to new realities. Their former old age home is now a kosher hotel, which is where we stayed. It also houses a kosher restaurant, which is where we enjoyed Shabbat dinner. There is another community building for social functions, and it includes apartments for the congregation’s clergy. Finally, there is a school building and a mikve, and even an authentic Venetian kosher bakery. It is all very impressive. 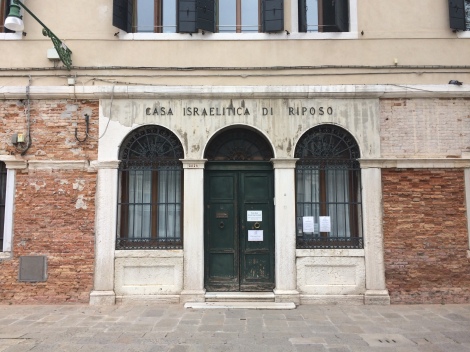 One of my more interesting ‘behind the scenes’ experiences was a visit to see the community’s Pesah ovens. They haven’t baked matzot for some time, however they do continue to bake their traditional Pesah pastries. I was lucky enough to visit after Purim when they begin this process. I am therefore particularly excited for Pesah this year as I was able to bring home an assortment of Venetian goodies for the holiday!

I particularly enjoyed the ample time I had to get to know the rabbis of the community, Rabbi Scialom Bahbout and Rabbi Avraham Dayan. Rabbi Dayan kindly gave me a copy of his recent sefer (book) on the traditions and practices of S&P Venetian Jewry. It is the only community that remains today from the Ghetto’s diverse Jewish groups of yore. Rabbi Bahbout invited me to speak to the community at the Shabbat third meal. I spoke to them about ‘The Children of Venice’ – the S&P communities of Amsterdam, London and New York. This initiated a productive discussion about how our linked communities can better collaborate and strengthen each other moving forward. And so, perhaps I will yet have another opportunity to return to Venice in the future! 🙂

2 responses to “Behind the Scenes in Venice, Italy”