The American Revolution pitted British subjects against one another. Patriots vs. Loyalists, Englishmen vs. Americans, brother vs. brother, and Jew vs. Jew. At that time there were only Sephardic congregations in the thirteen colonies. Like other American colonists, the Jews in America were also divided – Newport’s rabbi Isaac Touro fled to British Jamaica. However, most Spanish and Portuguese Jews on each side of the Atlantic supported their nation’s cause. The rabbis of London and New York’s S&P congregations each even crafted prayers for their side’s leaders, King George III and General George Washington.

Rabbi Moshe Cohen de Azevedo of London’s Bevis Marks Synagogue prayed in Spanish, “Implorando . . . la Divina Asistencia a las Armas de su Magestad.” Hazan Gershom Mendes Seixes of New York’s Shearith Israel prayed in English, “May the supreme King of kings through his infinite mercies, save and prosper the Men of these United States who are gone forth to War (Dr. David and Tamar de Sola Pool, ‘An Old Faith in a New World’, 1955, pg. 131).” In this conflict a slogan such as ‘Jews for George’ would have meant something very different depending on who was holding the banner. However, this political division did not divide these Spanish & Portuguese Jews.

The Mishna in Abot (5:17) says that some conflicts divide us whilst others do not:

Korah’s rebellion seemed to be about ideology, but his language betrayed him (Number 16:3). Korah loftily argued ‘All the nation is holy,’ and therefore all are worthy of leadership. However, he then revealed negative intent when he personally accused Moshe of usurping power, ‘Why have you raised yourself up above the Children of Israel?’ Once Korah’s claims descended into personal attacks against Moshe, there was no coming back. The earth swallowed him up.

Hillel and Shammai often disagreed. So much so that their disputes appear on most pages of the Talmud. Incredibly, the Talmud records that their families continued to marry with one another. This is the meaning of an ‘argument of Hillel and Shammai.’ When an argument is born of honest debate, and not of personal malice, both positions endure. The positions of Hillel and Shammai therefore remain part of the Jewish legacy. In fact, when people can engage in ideological debate free from personal attacks, far from causing divisions, their conversations create relationships.

Perhaps it is not just by chance then that the Torah reading of Korah’s rebellion always occurs during the weeks just before the 4th of July. It highlights this difference. Unlike with Korah, the nature of the divide between S&P Jews during the American Revolution was ideological, and it did not become personal. Despite their political differences, Jews on opposing sides remained one.

Dr. David de Sola Pool, rabbi of New York’s  S&P synagogue from 1907 to 1970, wrote a memorable and illustrative example of this in his 1952 book ‘Portraits Etched in Stone’: “It was the year 1777. The British held New York. The synagogue was closed because of the scattering of the patriots of the community. But, nevertheless, Samuel Lazarus saw no reason why he and Fanny Cushell should postpone their marriage until the war was over. Who knew when that might be? They sent a message explaining their difficulty to Hazan Gershon Mendes Seixes, whose strongly patriot views made Stratford, Connecticut, a far safer place for him to live in than was New York. Seixas was equal to the emergency. Wrapping himself in his heavy coat, and pulling his hat down…he came to New York secretly by wagon, and on March 25/26 with Abraham I. Abrahams and Joseph son of Simon as witnesses, at 19 William St. he united in marriage according to the law of Moses and of Israel, Samuel son of the late Eleazar and Fegla daughter of Cushell. His dangerous mission fulfilled, he departed with equal secrecy, leaving the bride and bridegroom to live happily ever after (pg. 278).” 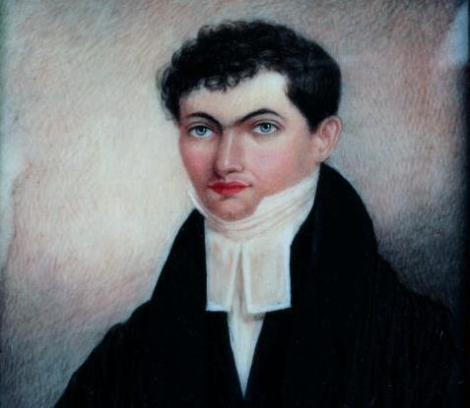 Not long after the revolution, in 1841, Shearith Israel’s parnas (president) wrote to the leadership of Bevis Marks in London:  “your congregation…we always looked up to as our Alma Mater in religious affairs.”  His words show us that the bond between S&P communities on both sides of the Atlantic remained strong after the conflict.

The figure of Dr. David de Sola Pool (1885 – 1970) himself reflected the lasting unity the community ultimately achieved. Born in London to a prominent S&P rabbinic family, he moved to New York to become Hazan of Shearith Israel. He would ultimately write some of the most important works on early American Jewish history. [Continuing this tradition of Anglo-American cooperation, a few decades years later an American rabbi would move to London to serve the S&P and teach and study early Anglo-Jewish history. ;)]

Despite a sea between them, and a war capable of dividing them, the Spanish & Portuguese Jews never betrayed the bonds that linked them together. Their enduring lesson is that differences need not divide us if our disagreements are sincere. A wartime marriage shows us that, and a legacy of cross-communal cooperation proves it. In fact, the marriage of Loyalists Samuel and Fanny Lazarus ultimately produced a great granddaughter, Emma Lazarus, the famous Sephardic Jewish American poet. Her 1883 poem ‘The New Colossus’ is now emblazoned upon New York’s Statue of Liberty:

“Give me your tired, your poor,

Whilst personal attacks undermine our arguments, and ultimately betray our true intent, sincere people and ideas endure. Let us therefore always follow the lead of Hillel and Shammai, for that is how one builds an enduring and special relationship.

[Many thanks to Shearith Israel’s Rabbi Meir Soloveichik for introducing a number of these sources to me, and for the imagined slogan ‘Jews for George’]