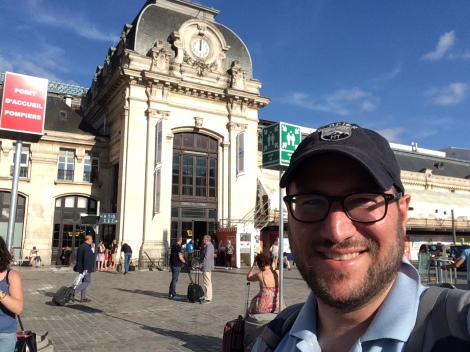 Bordeaux is one of those Spanish and Portuguese communities that I’d heard about but had never quite understood how it fit in amongst the rest of Western Sephardim. That is until I visited there during my recent journey along the Converso escape route. Upon making it across the Spanish/French border many Conversos settled in France’s Basque country or eventually made their way to Amsterdam. However, during the seventeenth century a smaller group of Portuguese ‘New Christians’ settled in Bordeaux and continued to do so in increasing numbers. By 1730 they were living openly as Jews and the community surpassed 1000 individuals. 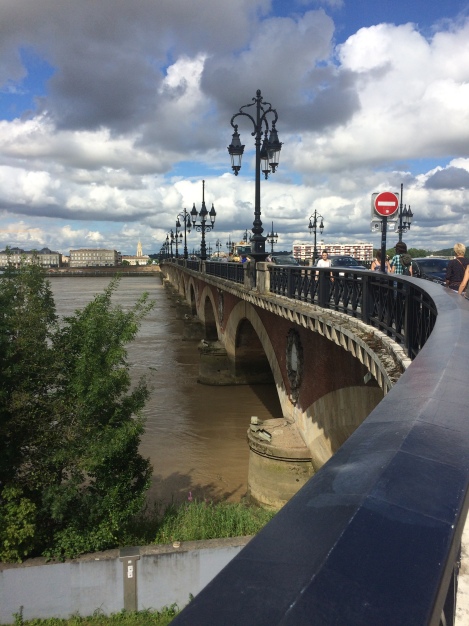 Why did Jews settle in Bordeaux? That became abundantly clear once I arrived by train from Bayonne to this impressive city. Thanks to its durable limestone construction and later stagnation, Bordeaux is a wonderfully preserved eighteenth century city. It isn’t difficult to imagine the city’s wealth and splendour during that time. You can easily conjure up the image of tall ships gathering in its port along the Garonne River. I can see them sailing past the grand Place de la Bourse stock exchange, then newly built along its shore. There is no doubt why Portuguese Jewish merchants gathered there, similar to their settlement in the great ports of Amsterdam, Livorno and London. 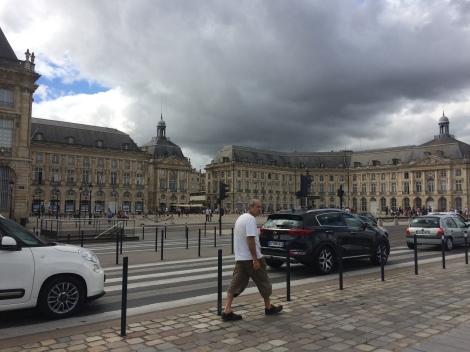 Bordeaux’s role as the main entrepôt for France’s colonial trade brought great wealth to the city’s merchants, who even replaced the ruling landed nobility in governing the city. The opera house (Grand Theatre) is resplendent with stunning detail and even Masonic imagery. It reflects the degree to which the people of Bordeaux saw themselves, and wished to be seen, as at the height of contemporary culture and style. 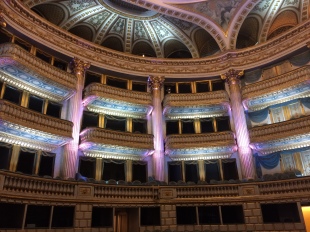 The Aquitaine Museum does a magnificent job of walking visitors through the growth of this period (and luckily this portion of the museum includes English translations), including its darker elements . Similar to most colonial-era wealth, Bordeaux was built directly or indirectly on slavery and sugar, through the island of Santo Domingo (later Haiti). However, in contrast to Dutch and English policy, France did not permit Jews to settle in her American colonies. 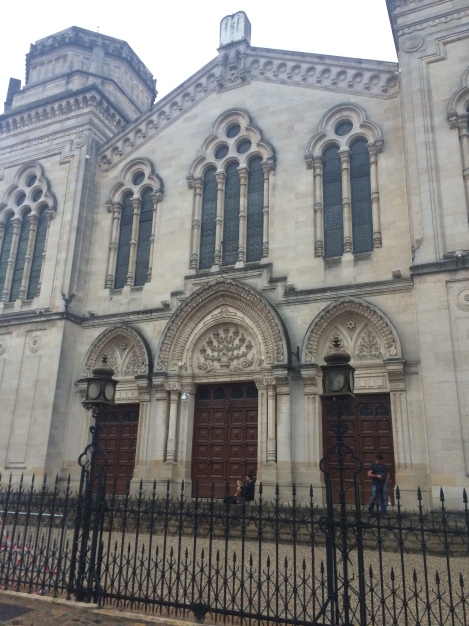 I had the pleasure to attend Bordeaux’s sole synagogue, the Portuguese Great Synagogue, for minyan on a Thursday morning. I joined the minyan men for breakfast too, though as most of them only spoke French I just smiled and nodded as they chatted with me :). At least I was able to chat in Hebrew with Rabbi emeritus Maman! Following breakfast, Robert Nakache, a synagogue volunteer, even took the time to show me around the colossal main synagogue. He was then kind enough to drive me to the community’s current cemetery which has been in use since the 1764. 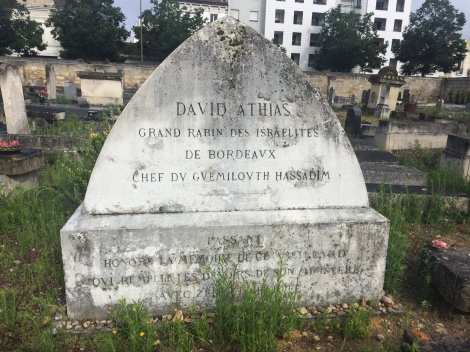 The cemetery contains the impressive tombstone of Rabbi David Athias. He served as the community’s rabbi from 1760-1806 following the passing of the community’s previous rabbi, his father Isaac Athias.  R’ David famously took an oath to the Republic in 1795. 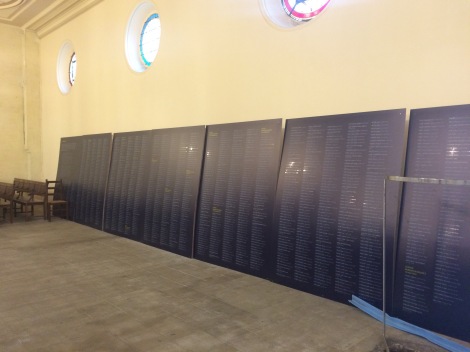 The synagogue was constructed in 1882 and is so large that I found it difficult to capture with my iPhone. Its seating capacity is 1500! I was particularly moved by a wall of posters listing the names of the members of the community murdered by the Nazis. It was a reminder to me that the essence of a community is its people, not its history or edifice. Indeed, the highlight of my visit to Jewish Bordeaux was the warmth with which the members of the community welcomed me. 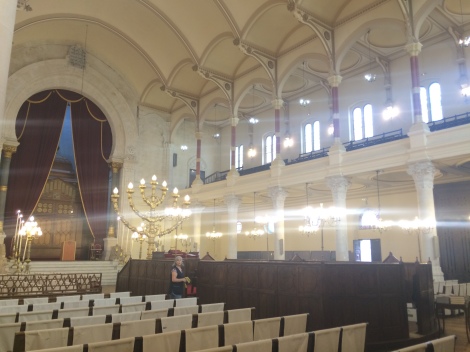